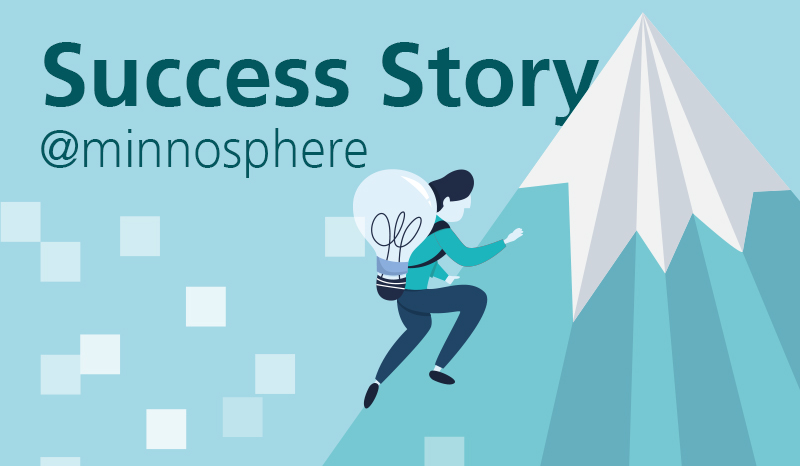 A three-week ideathon with interdisciplinary teams. Experts from the insurance industry and IT, know-how from science, and the creativity of start-ups worldwide were called upon. The “Insurance4Development” format - hosted by InsurLab Germany and GIZ - presented a special form of approach for three selected challenges from ongoing development aid projects:

All three challenges had a connection to insurance:

- Create a concept for an insurance against loss of income in case of floods (India).

For the planning and implementation of "Insurance4Development", msg subsidiary minnosphere was part of the Ideathon team. As a technology partner, msg is a member of InsurLab Germany, and employees from msg and minnosphere are involved in various aspects of the project. As a part of its Innovation Consulting minnosphere offers methodical coaching of innovation processes as well as a fitting tool-chain, accompanies projects for user-centered solution design and facilitates design sprints. For all this, minnosphere can always fall back on the technological expertise and digital competence of msg. In addition, minnosphere co-hosts msg's internal hackathon/ideathon.

The framework of the "Insurance4Development" was associated with special challenges: interdisciplinary teams, distributed worldwide and exclusively assembled for this Ideathon. Everyone participated voluntarily and ultimately intrinsically motivated as there was no monetary incentive. At the same time, there was an opportunity to bring approaches and methods of ​​user-centered solution finding and workshop facilitation to bear in a development aid project and to generate concrete added value for these projects with the solutions developed. Only the completely digital implementation made the format possible in this constellation.

InsurLab Germany and GIZ used their networks and direct contact with partner and member companies to put together the three project teams. It was possible to fill one team for each challenge. Experts from South, Central and North America, Europe and Asia contributed their knowledge. All participants and companies were active in addition to their respective activities and projects and enabled their participation in the workshops during the Ideathon.

The concept design, setting and tools for the three-week format were developed by minnosphere, which was able to provide its services pro bono with the support of msg's Insurance and Public Sector divisions. The basic structure was the Design Sprint framework with its phases for user-centered prototype development. However, it was adapted and translated to work completely online, flexible and time-shifted. It turned out to be particularly important to work out from the tasks set the focus on which the teams wanted to concentrate in each of the three weeks. Three coaches from minnosphere accompanied the Ideathon and formed a tandem per team with challenge pat:ing from GIZ. The minnosphere coaches focused on workshop facilitation, guided through the entire process and methods, and reacted flexibly to the progress and development of the Challenge and the changing conditions in the teams. The GIZ patrons mainly took care of the briefing of the teams between the workshops, maintained the flow of information and the contact to the Challenge donors from the development projects, further experts from GIZ and partner companies.

At the final event on May 5, after three intensive weeks, all teams were able to present their solution concepts and prototypes to the "client projects" and a jury. Although the jury did not have any prizes to award, they held the teams and their individual efforts in the highest esteem.  The development aid projects will now continue to pursue how the approaches of the digital services and products can find their way into implementation. They will be accompanied in part by the collaborations of globally based companies and people who first found each other through this ideathon. Creating these relationships is probably the most sustainable added value of Insurance4Development.

Jens Brünink is a design thinker and foresight professional working on methodological approaches in innovation management and user-centered solution design. At minnosphere, he designs innovation-formats and accompanies teams as a workshop-facilitator and coach.