InsurLab Germany presents the results of the accelerator program 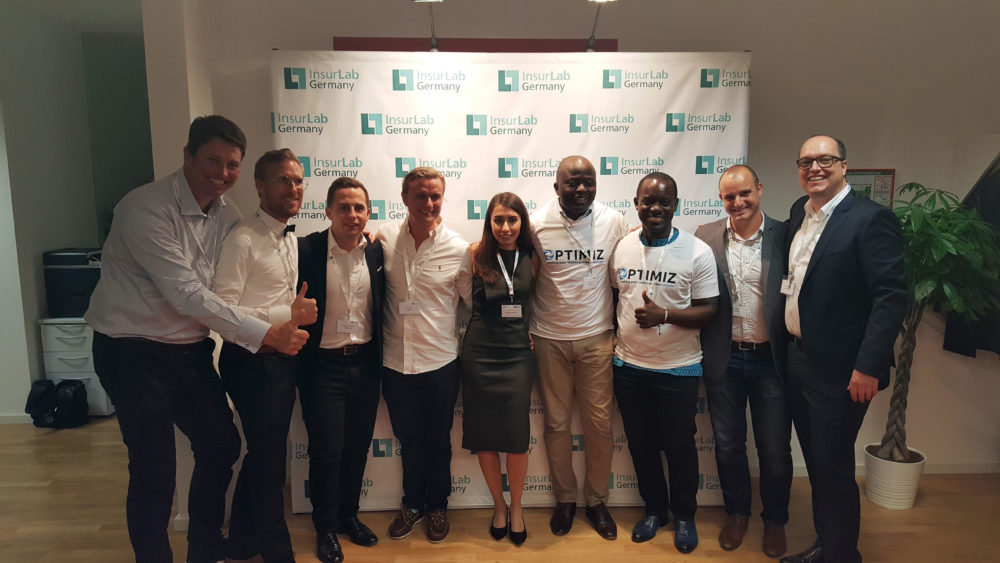 Cologne, 9.10.2018 – At the end of the first round of the InsurLab Germany Accelerator Program, the five selected start-ups presented their results to the member companies of the industry initiative. Due to the great success, InsurLab Germany is planning a second batch for 2019.
On October 8, 2018, more than 70 representatives of the InsurLab Germany member companies met at the InsurLab Germany Campus in Cologne-Mülheim to learn more about the successes, challenges and developments of the initiative’s first five accelerator start-ups at the InsurLab Germany Accelerator Demo Day. In addition to the participating startups – KASKO, Motion-S, Polywizz, RightIndem & StilFresh – InsurLab Germany CEO Dr. Mathias Bühring-Uhle and Elfi Scho-Antwerpes, first deputy mayor of the city of Cologne, were on stage and congratulated both the startups and the InsurLab Germany team on the results of the last six months.
Four success stories and one important learning
Nick Sühr, founder of KASKO, explained that with the help of the InsurLab Germany Accelerator he was able to win three new project partners within a very short time. Motion-S founder Guido Scheffer is pleased about an investment sum of one million Euros, which he recently secured with the support of InsurLab Germany. Oliver McGuiness, Director of Product Development at RightIndem, presented his solution for improving the claims process and is also in close contact with several InsurLab Germany member companies. StilFresh used the Accelerator program to build a spin-off together with IBM. With Optimiz, they want to create a platform that redefines claims settlement in the transport industry. They are already in the testing phase with their product. During the program, the Israeli startup Polywizz decided to concentrate initially only on its home market and later to venture back to Germany.
Nia Escobar, Startup Network Manager at InsurLab Germany and the main person responsible for the Accelerator Program, is very satisfied with the results: “The Startups have developed strongly in recent months. I am delighted that InsurLab Germany has been able to contribute to their growth and would like to take this opportunity to thank all mentors and partners who have actively contributed to the program. In addition to several specialist mentors, each start-up was supported by two main mentors from the top management of the member companies. A total of 32 mentors from member companies and network partners accompanied the start-ups through the program and provided advice and support.
An Accelerator Program with clear goals
“Our accelerator program focuses primarily on the concrete implementation of projects, which is why we intensively support our accelerator start-ups for six months instead of three months, as is often the case with other programs. During this time, we give the participating start-ups access to our broad network, deal with their individual challenges and accompany them step by step in their search for suitable cooperation partners – and all this without demanding company shares from the start-ups, as is otherwise usual. Our members and we are exclusively concerned with promoting innovative ideas and advancing the digitalization of our industry. That’s what we stand for as InsurLab Germany,” summarizes Sebastian Pitzler, Managing Director of InsurLab Germany.
A second round of the program is planned for 2019. The application phase for start-ups will begin at the end of the year.
About InsurLab Germany
InsurLab Germany is a platform for networking insurance companies and start-ups that develop digital products and services for the insurance industry. The industry initiative 2017 was founded by the City of Cologne, IHK Cologne, University of Cologne, TH Cologne as well as established insurance companies and InsurTech startups.
The goal of InsurLab Germany is to provide insurance companies with easy, direct access to national and international start-ups and to actively support them in planning and implementing joint projects in order to transform and digitize the German insurance industry in a sustainable manner.
As one of twelve hubs in Germany, InsurLab Germany is part of the “de:hub” digital hub initiative set up by the Federal Ministry of Economics and Energy and is the official competence centre for Germany’s InsurTech scene.

← We congratulate Motion-S on an important milestone Fear, hate, or love: an insurance story on blockchain →